Skip to content
FM3D / A perfect game ...it is not

Actually the title was meant to be “Guild Wars 2 vs. The Secret World vs. Tera”.
The later two both have their merits. The Secret World has a pretty nice skill system, interesting quests and of course it`s well done, singleplayer-ish story-telling. Tera has it`s action based combat to stand out, which is relatively unique in the genre.
However, as of today I only consider two MMORPGs really relevant: Eve Online, because whatever one may think of it, it is a very unique game. And, surprise, Guild Wars 2, which successfully set out to change the MMO formula.
To me, all other MMORPGs now have the same status like Pac-Man, held in more or less dear memory, but relics nonetheless.
That said, Guild Wars 2 is still a MMO, and if I remember right I was jesting on a previous post if that genre is even fit to be considered as games, since it has so little gameplay.
I am not sure if I have to take that back yet, but I certainly enjoy GW2 more than any other MMO since my first one.

Community
The community can make or break any online game, as much is known. I for one have to admit I usually think ill of my fellow players, or in other terms, I consider most of them being annoying, anti-social morons.
As it turns out, the opposite statement is true as well: The game makes the community.
And GW2 is proof of it.
Other game features may be more obvious, but the way GW2 changed gameplay mechanics to be more social is probably it`s biggest achievement.
The hilarious truth is, on other MMOs you enjoy knowing you are not alone, but actually meeting other players is usually annoying. They steal your mobs, your XP, your loot, your gathering-items. And since noone likes thiefs everyone thinks ill of the person next to him. I have horrible memories of a certain mother-bear on a certain Pac-Man game.
GW2 totally changed this, you actually hope someone comes along, it just means the enemy dies faster.
Grouping comes naturally, without invites necessary. Events happen in the world, players tackle them together. The whole MMO making game industry should be ashame they didn`t think of that in about 15 years.

Design
The design on GW2 is downright outstanding. From Daniel Dociu`s incredible art direction to the clever translation into realtime 3D, the whole team at Arenanet did a great job. Jeremy Soule`s music is also fantasic, setting the perfect mood for each region. I believe I could guess each zone blindly from just listening to the sound.
What I dig most about the graphics (and also the lore) is that, although it`s not really classic elves, dwarf and Orcs fantasy, it`s still totally consistant. They have riffles, and all kinds of mechanical equipment from the Asura race, mixed with the scandinavian styled Norn and the walking Sylvari plants, yet it all comes together somehow. Usually I`d cry madness, but here it just works.

Free to Play, so what?
Ok, well, it`s nice you don`t have to pay a monthly subscription.
But that aside, the F2P system has quite an impact on how Anet set up their game.
What developers of Pay-to-Play MMOs want first and foremost is your time. As opposed to your entertainment. The longer it takes you to run from point A to point B in their world the longer you will be a paying customer. And hello item grind, by the way.
I think for a caring developer like Anet, F2P means freedom and duty. The freedom to remove boring time-sinks, and the duty to deliver entertainment.
It doesn`t matter to them how much you play since they don`t cash in on your play-hours. But it matters that you enjoy it enough to come back, probably spend money in the cash-shop, and most likely that you buy possible future add-ons.
And cut short, it shows everywhere on GW2. Convenient fast-travel, no unnecessary lengthy ways, but instead lots of stuff to discover at every corner.

Well, I could keep going on for quite a while, but there are good reviews covering the game`s specifics anyway. To me, Guild Wars 2 is a stunning re-imagining of the MMORPG genre, bringing long needed change. A perfect game it is not, none is, but I am certain many of it`s innovations will spread to other games, even non-MMO ones.

If you want to check some good video reviews I recommend:
Angry Joe`s Review
and
Kevin VanOrd`s (Gamespot) Review 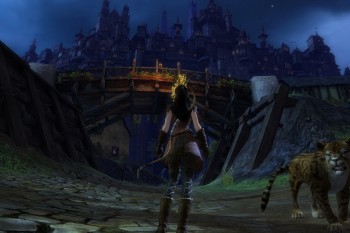 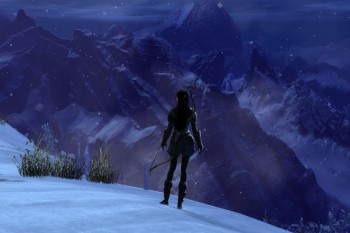 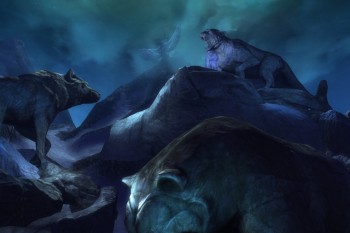 CategoriesA perfect game ...it is not Blogs