Blackrock Keep is my first level built completly in Maya. Other than for instance on Gotcha! there`s nothing in the scene i didn`t do it myself. Currently there are no shaders attached, i especially miss one on the surrounding rocks. Since i ran into massive trouble with fur, older shots on the gallery don`t feature grass, while recent ones have it fixed. Blackrock Keep is meant to be a “town” for a MMORPG, meaning it was planned as a meetingplace for players. Therefor it has big open areas capable of holding lots of people, for trading, building groups, chating, etc.. Exported to Trinigy Engine it runs at an average of 50fps as is. Following you can watch some renderings; if you are interested in some realtime-screenshots taken from Trinigy Engine please go here. 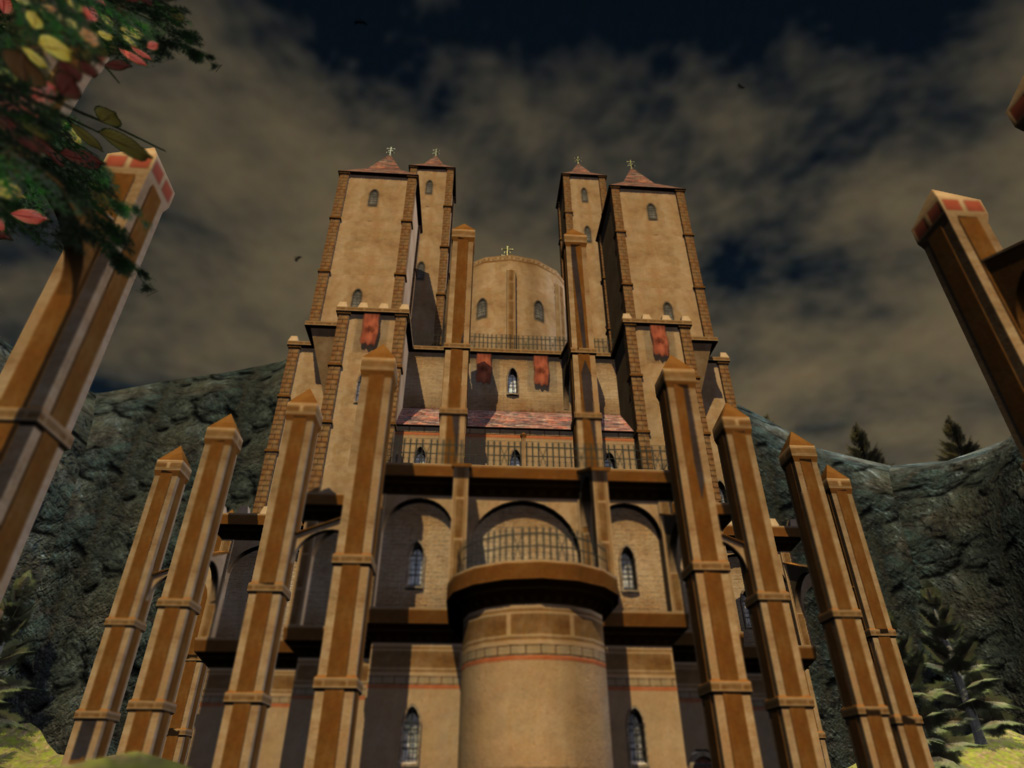 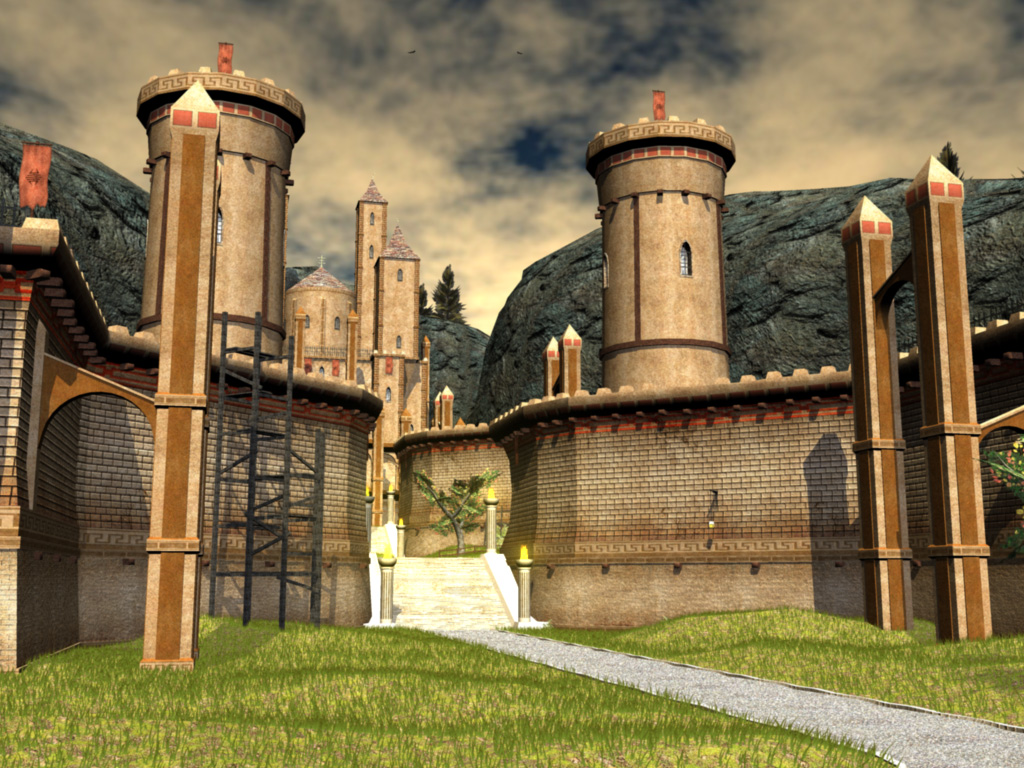 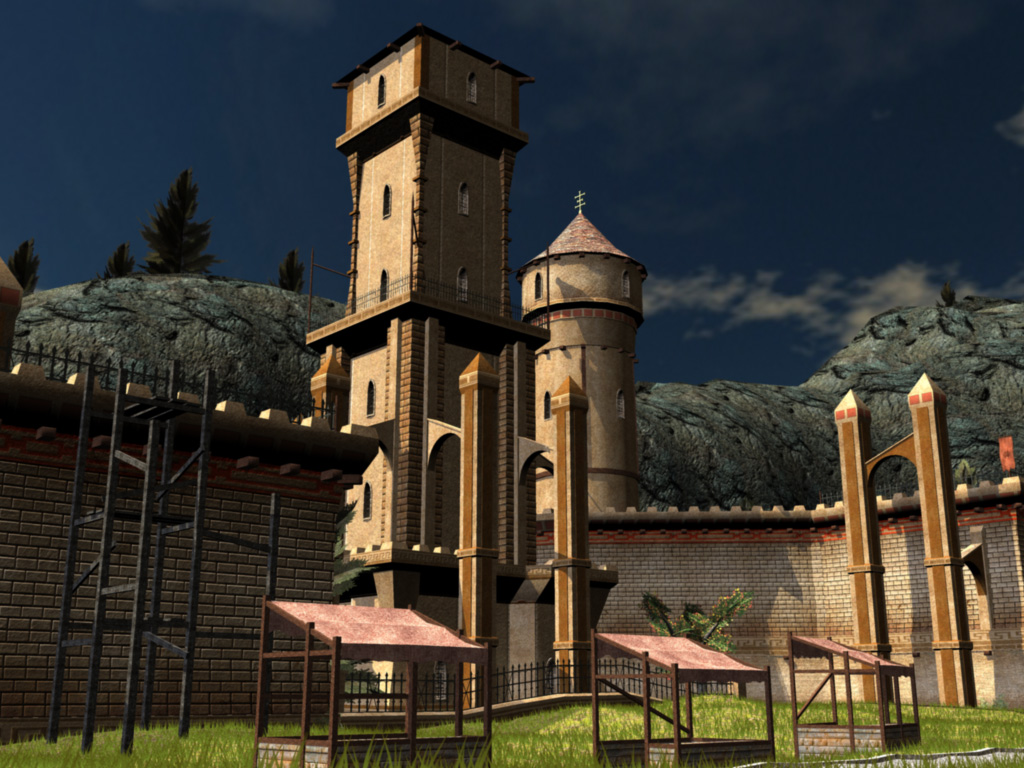 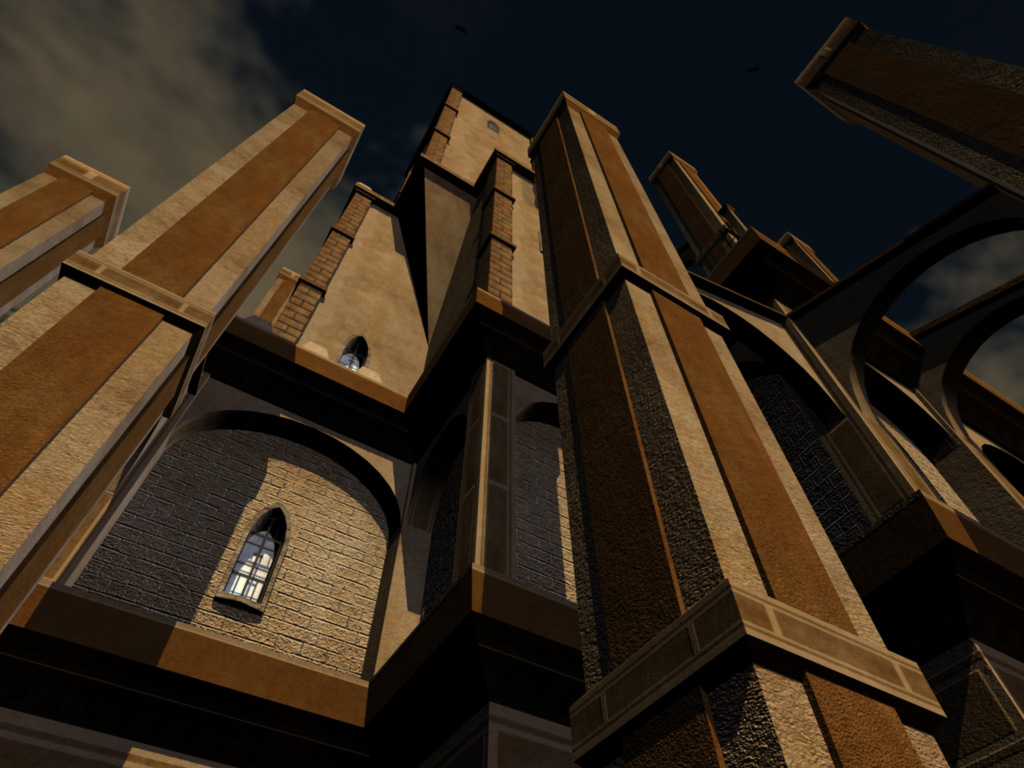 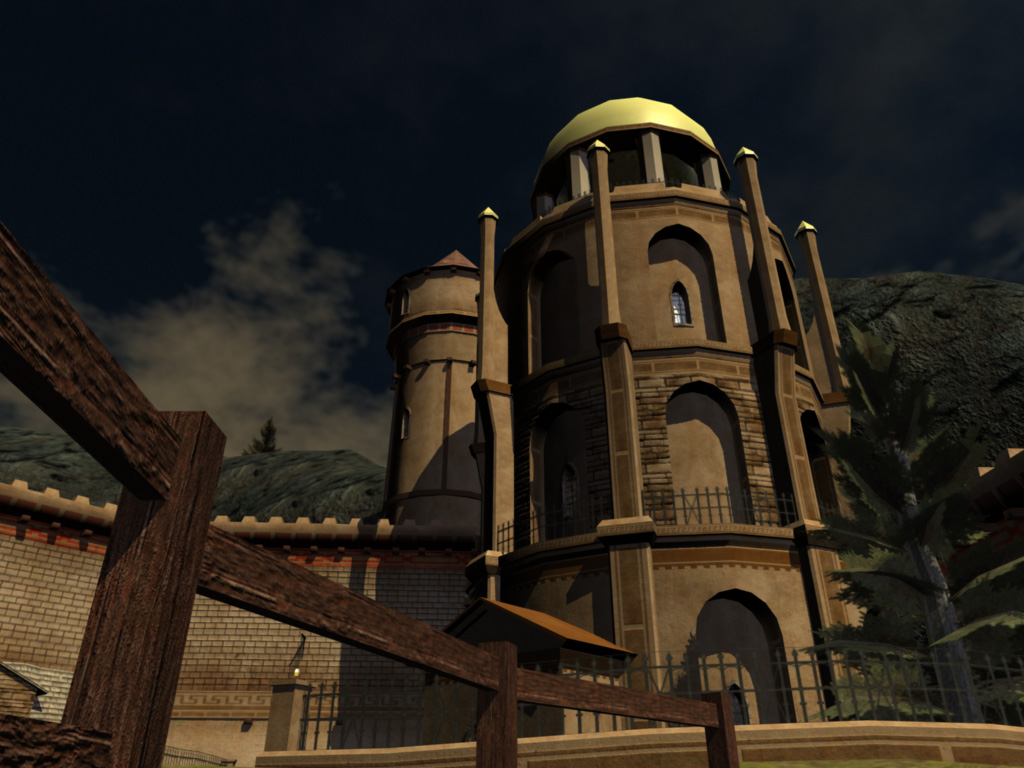